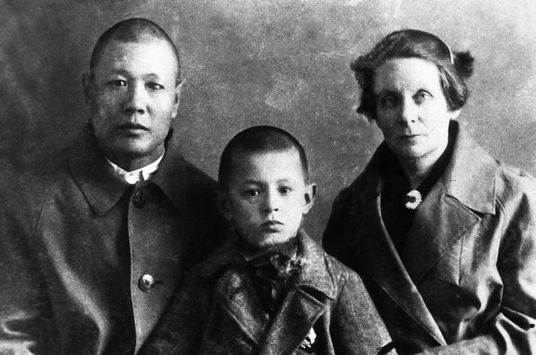 With his wife Maria and son Boris in Moscow, 1930

Born in China in 1885, Syue Sin-Nyan initially worked in his native country in laundry shops. He emigrated to Russia in 1916. He was arrested in 1938 within the framework of the so-called National Operation against the Chinese. The NKVD term “National Operations” referred to waves of arrest directed against “enemy centres” within certain national groups. Under torture, Syue Sin-Nyan signed abstruse allegations: preparation for the blasting of a gasworks and espionage for Japan. The NKVD sentenced him to ten years in camp. In 1947, one year before the end of his term, Syue Sin-Nyan died in the camp at the age of sixty-two as a result of a leg amputation.