These press photos and audio files may be used exclusively within the framework of current press coverage of the exhibition “Gulag: Traces and Testimonies 1929–1956” and only where accompanied by complete reference to the source.

Please send sample copies to the Department of Press and Public Relations of the Buchenwald and Mittelbau-Dora Memorials Foundation.

Views of the exhibition top

Entrance area to the exhibition
The exhibition documents the history of the Gulag with the aid of relics of camp imprisonment and forced labour, as well as documents, pictures, maps, photos, and video and audio material.
Photo: Claus Bach. Source: Buchenwald and Mittelbau-Dora Memorials Foundation 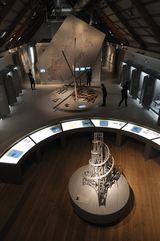 Model of Tatlin's Tower, object installation and map of the Soviet Union
At the centre of the entrance area to the exhibition is a model of Vladimir Tatlin's design for the "Monument to the Third Communist International". A cosmic-planetary order, the Bolshevist Revolution and the new political world order have been made to harmonize here, at least aesthetically. Under Stalin, the hope of salvation associated with this image was to become a catalyst for misanthropic action in the name of progress and the liberation of the people.
Photo: Claus Bach. Source: Buchenwald and Mittelbau-Dora Memorials Foundation

Object installation
In the late 1980s, the staff of “Memorial” began salvaging remnants of the Gulag system from the ruins of former camps.
Photo: Claus Bach. Source: Buchenwald and Mittelbau-Dora Memorials Foundation

Object installation and map of the Soviet Union
The locations of the camp complexes and their administrations are shown on a large-scale map installed behind the relics of the camps. Three touchscreens embedded in the map offer means of exploring the dimensions of the Gulag with the aid of graphs and diagrams. A further monitor provides basic information on other camp systems in Germany and the Soviet Union.
Photo: Claus Bach. Source: Buchenwald and Mittelbau-Dora Memorials Foundation

From October Revolution to Gulag top

Map of the USSR, 1931
Map of the USSR, 1931. Inscription at bottom right: “It’s different from the old maps. ‘The Five-Year Plan in action’. Unemployment has been eliminated. There is so much work for everybody that 160 million people do not suffice. Hundreds of major construction sites have not even been indicated here – there wouldn't be enough space on the map for all of the construction sites.”
Source: “Memorial” Collection, Moscow

Letter of complaint from Vsevolod Meyerhold
Letter of complaint from Vsevolod Meyerhold to the chairman of the Council of People’s Commissars of the USSR, Vyacheslav Molotov, 13 Jan 1940. (2:20 min.)
W. Meyerhold (1874–1940), Russian stage director, arrested in 1939 on charges of anti-Soviet agitation, sentenced to death by shooting in 1940.
Source: David King: Red Star over Russia, New York, 2009. 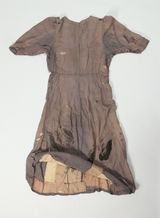 Forced labour, survival and death in the camp top 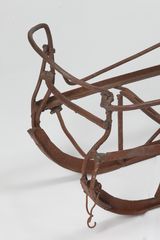 Officers of the camp guard unit
Officers of the camp guard unit, camp near the colony of Yagodnoye (Kolyma Region), 1940s. The handwritten memos on the photo read: “Murderers!”, “Head of the camp on the Olka, Yagodnoye Colony”, “Zygankov, undercover agent, killed by prisoners”, “Fyodorov, member of the MGB staff”, “Prison director”. These captions were written by a former camp inmate who later gave the photo to the staff of the “Memorial” Society.
Source: “Memorial” Collection, Moscow 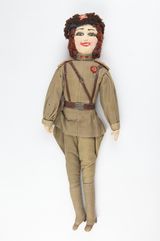 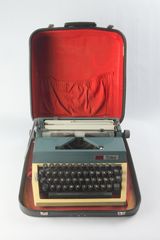 Typewriter
“Erika” model typewriter once belonging to Soya Metlitskaya. On this typewriter, the historian typed and copied critical texts by the songwriter and actor Vladimir Vysotsky, the writers Arkady and Boris Strugatsky and Aleksandr Solzhenitsyn, and the poet Osip Mandelstam, who died in the Gulag in 1938.
Source: “Memorial” Collection, Moscow. Photo: Peter Hansen