From October Revolution to Gulag

For Lenin’s Bolshevist party, the revolution was an unavoidable act of violent social reorganization: a “proletarian dictatorship” was to clear the way for a new, humane society. Following the Bolshevik victory in 1917, however, the repressions became ever more rampant, and the better society remained an unfulfilled promise.

Clearly defined stereotypes of the “enemy” and the persecution of “opponents to Soviet power” were the first milestones on the way to the Gulag system. The emergence of the latter was not inevitable, but took place gradually as the result of various political decisions over the course of about a decade. It was the Stalinist reformation of Soviet society that finally created the camp cosmos referred to as the “Gulag Archipelago” – the name coined by Aleksandr Solzhenitsyn. 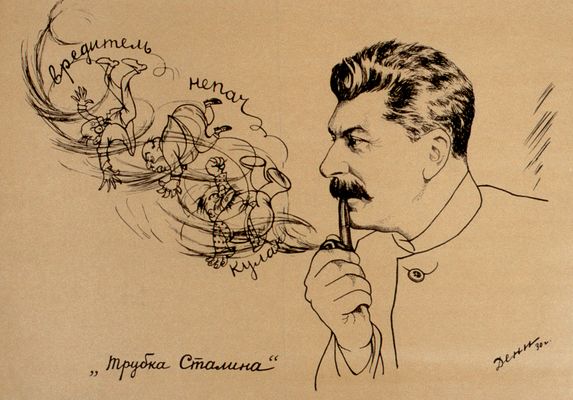 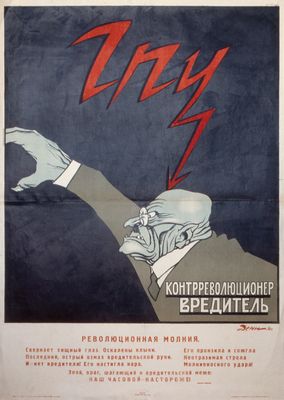 Poster by Viktor Deni, 1930. The text at the bottom was written by the poet Demyan Bedny. It announces that the “revolutionary lightning” would wipe out all “counter-revolutionaries and wreckers”. 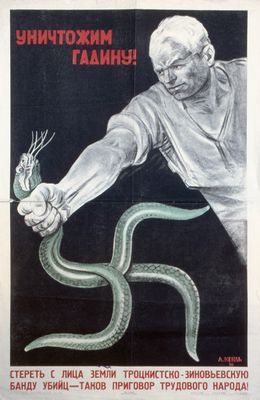 We will exterminate the fiend!

Wipe the murderous Trotsky-Zinoviev mob off the face of the earth – thus is the verdict of the proletariat. Poster by Alex Keil (Sándor Ék), 1936 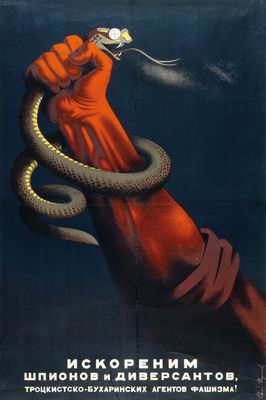 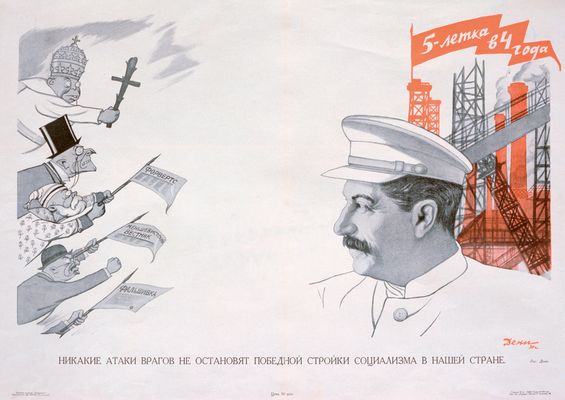 Five-Year Plan in four years. No enemy attacks whatsoever can stop the victorious establishment of socialism in our country. 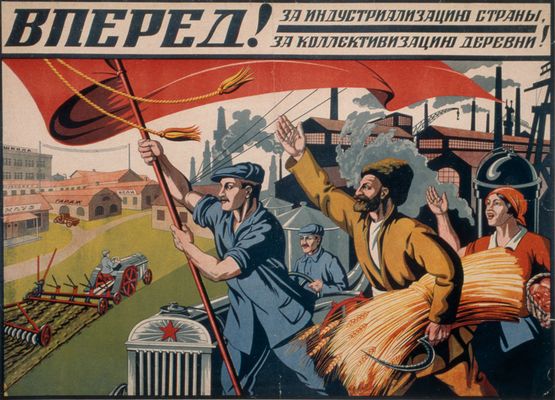 Poster by an anonymous artist, 1931 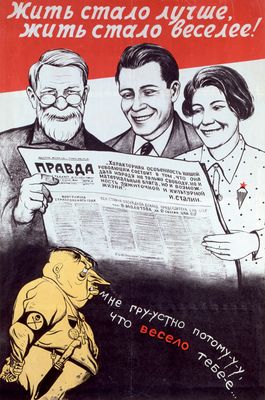 Poster by Mark Yoffe and Boris Yefimov, 1936. In the lower half of the poster propagating the frequently-cited exclamation by Stalin, the words “I am sad because you are cheerful...” have been put in the mouth of an “enemy”. At the top of the front page of the “Pravda”, Stalin declares: „The characteristic attribute of our Revolution is that it gave the people not only freedom, but also material well-being, also the possibility to lead a prosperous and cultured life.”