In 1929, the Communist Party resolved to collectivize agriculture at an accelerated rate. This decision was inspired by supply problems (the “Grain Crisis”), but above all by the desire to find means of financing the industrialization process and gaining control over the villages.

Arbitrarily selected, supposedly wealthy peasants (“kulaks”) were dispossessed. In many cases they were deported to remote, inhospitable regions. Those who resisted collectivization were committed to camps or shot to death. The peasants did not acquiesce to the brutal measures, which were carried out until late 1931. They slaughtered their cattle and hid their grain. In 1932/33 there was a famine. Since the government undertook no effective countermeasures, millions starved to death in the grain-producing areas, above all Ukraine. 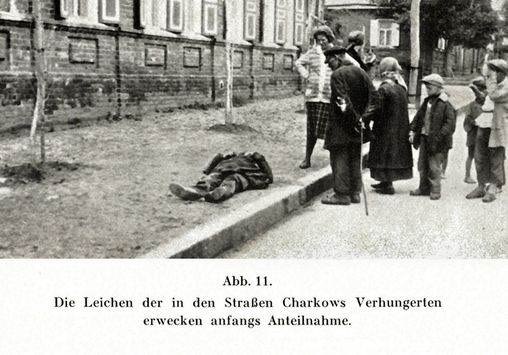 The bodies of those who died of starvation lying in the streets of Kharkov initially evoke sympathy. 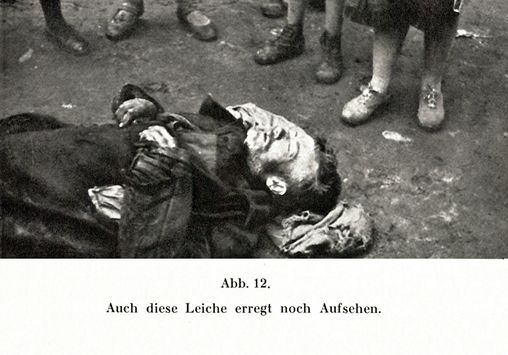 This corpse also causes a sensation. 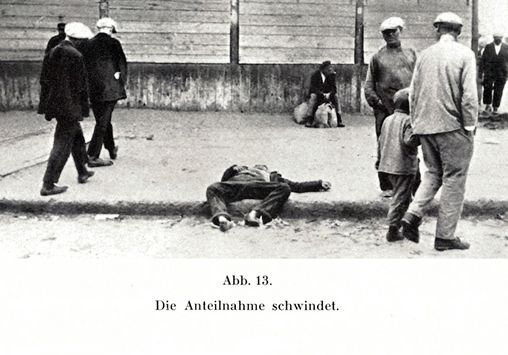 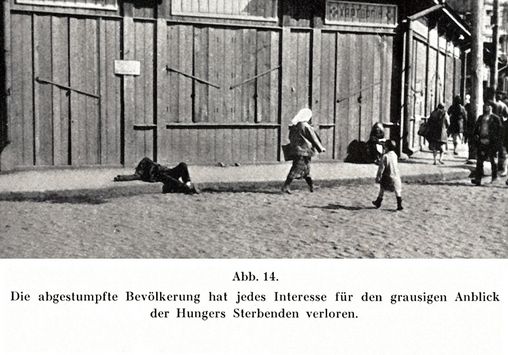 The diminished population has lost all interest in the gruesome sight of those dying of hunger.

“The Year of Great Change”, speech by Joseph Stalin, 7 November 1929

“More than that, it can now be confidently asserted that, thanks to the growth of the collective-farm and state-farm movement, we are definitely emerging, or have already emerged, from the grain crisis. And if the development of the collective farms and state farms is accelerated, there is no reason to doubt that in about three years’ time our country will be one of the world’s largest grain producers, if not the largest.”

Source: Joseph Stalin: “A Year of Great Change. On the Occasion of the Twelfth Anniversary of the October Revolution”, 7 November 1929