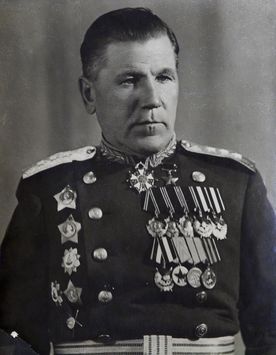 Colonel-general of the Red Army, 1945 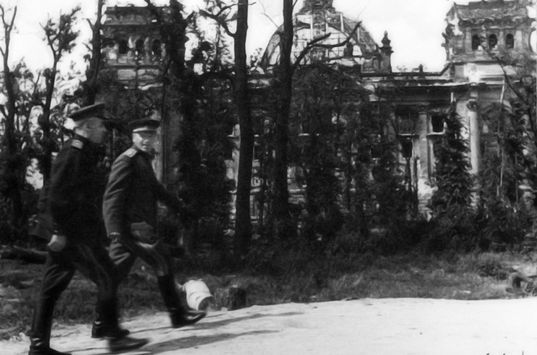 As town major (right) of Berlin, before the ruins of the Reichstag, 1945

Born in 1891 in the Ivanovo Region, Alexander Gorbatov joined the Communist Party in 1919. At that time he also entered service in the Red Army, where he soon carved out a career for himself. Within the context of the “Great Terror” carried out in response to an alleged military-fascist conspiracy, nearly all high-ranking military officers – including Major General Alexander Gorbatov – were arrested. He was convicted to fifteen years in camp and five years in exile. He worked in the Kolyma Region until 1941. Following his release shortly before the German invasion, Gorbatov re-entered military service. After the death of General Berzarin in 1945, Gorbatov – having meanwhile ascended to the rank of colonel-general – became the Soviet town major of Berlin and was awarded the title “Hero of the Soviet Union”. Gorbatov died a highly decorated officer in Moscow in 1973.