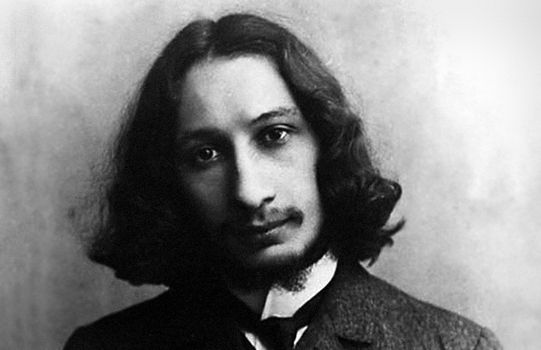 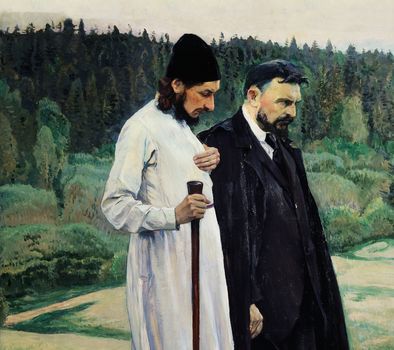 The painting portrays two of the most important Russian theologians of their time: Sergei Bulgakov and Pavel Florensky. 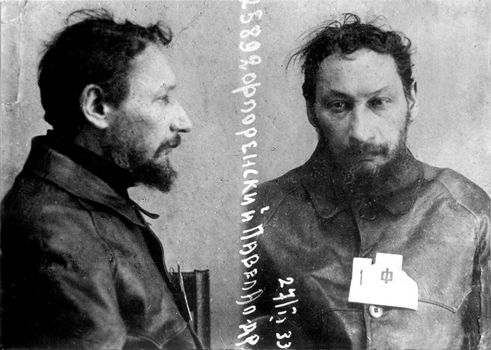 Pavel Florensky, born in 1882 near Yevlakh in what is now Azerbaijan, studied theology and mathematics in Moscow and Sergiyev Posad. In 1911 he became editor of the theological journal Bogoslovsky Vestnik. He wrote influential theological-philosophical texts while also carrying out research in physics, particularly electrodynamics. From the 1920s onwards he worked for Russia’s electrification. In 1933 he was sentenced to ten years in camp on charges of “counter-revolutionary agitation and propaganda”. Pavel Florensky performed forced labour in a laboratory in Skovorodino on the Baikal-Amur Mainline, and later on the Solovetsky Islands. Before completion of his term, he was convicted again: Pavel Florensky was sentenced to death and executed by shooting in 1937.