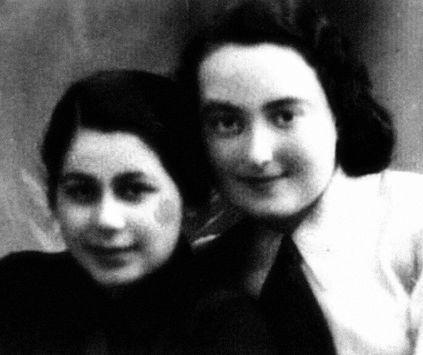 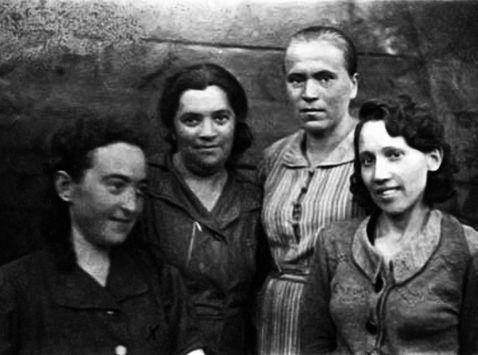 Haya-Lea Kats (left) with other inmates in a camp in the Urals, 1945

Born in 1920 the daughter of a Jewish family in Rivne – in what was then Poland –, Haya-Lea Kats began training as a seamstress in 1936. She learned Hebrew, became active in a Zionist youth organization and planned to emigrate to Palestine. In 1939 the Soviet Union occupied her native region. She was arrested by the NKVD in 1941. She was imprisoned in altogether eleven different camps in the Urals before being informed of her sentence in 1945: ten years in camp and five years in exile. From 1951 onwards she lived in exile in Siberia, where she worked as a seamstress and instructor. There she met Shaya Itskovich Detinko, her future husband, who had been condemned as a “Polish spy”. In 1957, after the banishment had been repealed, the family moved to Leningrad. Haya-Lea Detinko worked there as a seamstress until her retirement. She died in St. Petersburg in 2002.